Do you need to know How to Draw to be a Successful Abstract Painter? 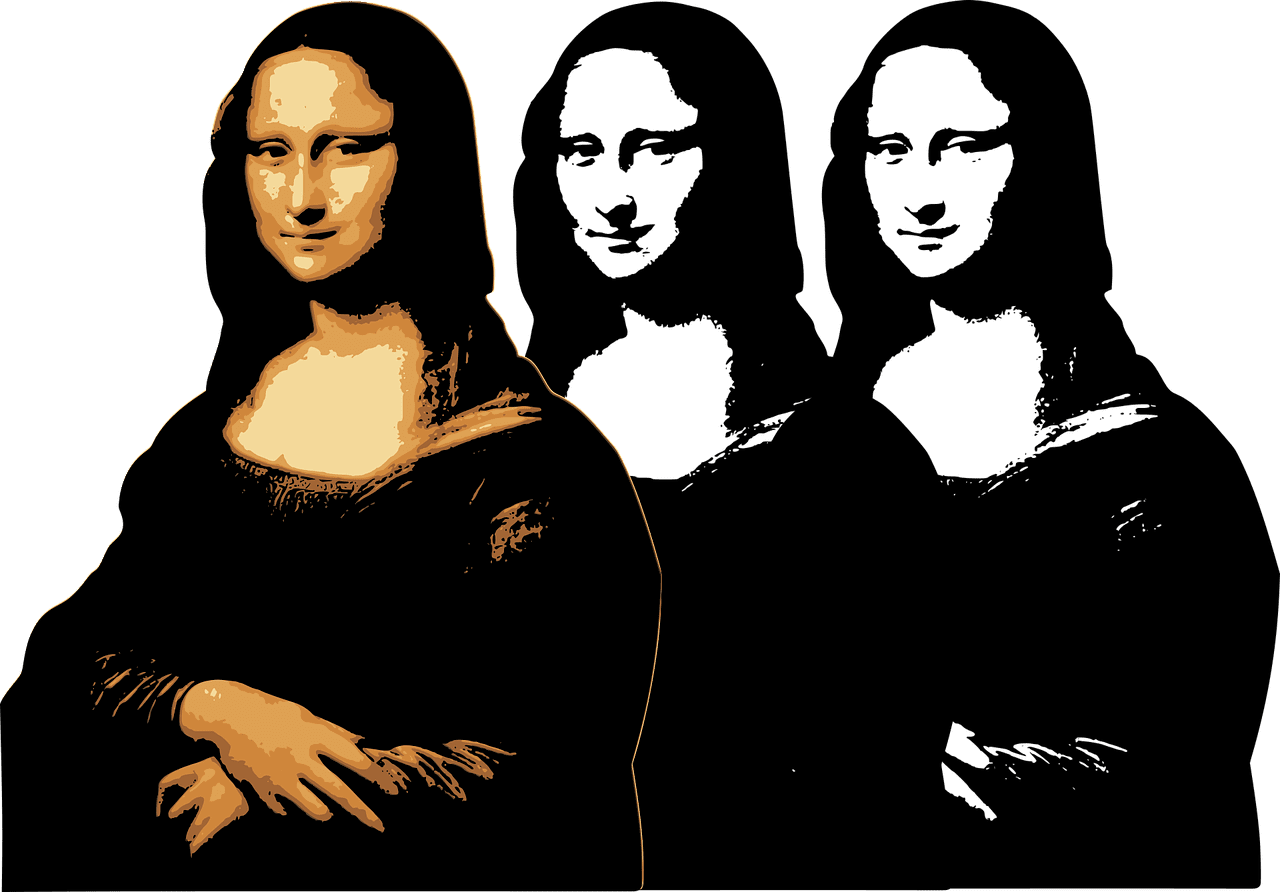 The Relationship between Drawing and Abstract Painting

The question of whether learning how to draw was needed to create an abstract painting was posed to me recently, and the question seems to have buried itself in my mind. Another way to ask it is: Is classical training in art, including drawing rooted in realism, required for producing a successful painting?

The short answer: No, but…

A good starting point is to define what we mean by Abstract Painting.

If you ask Google, an abstraction as it relates to our query is defined as “freedom from representational qualities in art.” Upon the first read, this definition may seem to offer an answer to our question by asserting the notion of “freedom from”. This definition implies that it is the adherence to representation that limits abstraction in its pure form, and since classical art training is deeply rooted in representational visual practices, we could presumably deduce that classical art training is, therefore, the antithesis of abstraction in art.

However, of course, having training in representational art is not the same as producing representational works. I argue that it is no coincidence that the foundations of abstract art are indeed rooted in classical training.

Two styles of painting that serve as an embodiment of non-representational art are the iconic works of Jackson Pollock and Mark Rothko. Both artists reached the pinnacle of their abstractions towards the end of their careers, and both artists began their art education in the Art Student’s League of New York.

Abstraction as a Devolution of Form

Rothko himself described the beginning of his life as an artist as the moment he entered a classroom at the Art Student’s League and saw students drawing from a live model.

With time and practice, Rothko’s adherence to realism starts to drift and his subjects become more stylized.

Then Rothko discovered Nietzsche and chaos ensued. Figures were replaced with totemic forms to transform man into mythological planes. The paintings themselves in this period serve to show an internal struggle of the most existential nature.

At one point, we lose all connection to any form completely, and Rothko himself explains the transition from totemic figures to planes of color in part by saying that “…the familiar identity of things has to be pulverized…”

I use to find something sublime and peaceful in these works, as Rothko replaced Nietzsche’s Death of God, with a death of the Egoic Self. Now, instead, I see these color fields as expressions of eternal separation. Rothko’s work continued on a long dark path toward death as he eventually committed suicide. His last paintings were all appropriately in shades of black.

Letting the Paint do the Talking

Jackson Pollock showed a more immediate affinity to less-representative styles of painting early on. In his painting, Man, Bull, Bird, we can clearly delineate all three figures but their likeness to reality is executed with very broad strokes. Both influences of Cubism and German Expressionism are revealed.

His paintings also began to loosen and his canvases were filled with repetitive swirls representing somewhat ghostly figures.

Eventually, Pollock stumbled onto his Drip and Pouring techniques, as he derived his own expression directly from the paint and less from form. His style and approach were often described as being frantic and obsessive.

Pollock’s devolution of form also coincided with increasing internal turmoil as he battled alcoholism, and he too met a fatal demise after a drunk driving accident claimed his life.

The conclusion here, however, isn’t that Abstract Painting leads to a dark downward spiral to inevitable death, but that the artists’ increasing preoccupation with a large and ungraspable topic lent itself towards abstraction as a mode of comprehension.

In other words, Both artists demonstrated their ability to represent the world but chose not to. Their early years show an experimentation with style and technique that was generally reflective of Pre- and Post-War angst, but as they lost themselves in an internal struggle, they lost the visual vocabulary to express their deepest fears and concerns. Abstraction was the only accurate way to universalize their issues.

Does Abstraction Start with an Idea or a Technique?

It’s funny to think about where exactly the fine line is between a representation that is abstract and one that is realistic. At what thickness of stroke do we depart from the real? Despite years of classical and life drawing, for my mother, for instance, most of my paintings have always been abstract, whereas, I never really considered myself an abstract painter at all. For me, as long as my lines and forms were connected to real-world things, that meant my technique was still based in the real world.

I would use abstraction as a tool to find some fundamental truth to a landscape or situation. In a sense, all peripheral information would be filtered out, leaving only the essential lines and forms.

Funny, however, is that with time I find that my images began to become more concrete as the form began to take on more weight and presence, although the lines are still reduced to thick delineations and texture is rather defined by color.

In some sense, the change towards greater representation coincided with the change from internal identification with emotions and experience to externalized identities — i.e. fitting into a new country or environment.

It is my assertion that the more practiced and nuanced a person is with their ability to draw, the greater their visual vocabulary is in regards to expression through painting.

However, in addition to expanding your visual vocabulary, learning to draw can help one to develop the basic processes of communication:

Formal art training will also give one an understanding of composition, color theory, and balance between positive and negative space. These all become tools under a painter’s belt.

Of course, it is possible to nurture these skills outside of a classroom. There is a long line of self-taught Outsider Artists, who managed to develop their craft independent of the art world. Sure, most of them were mentally deranged, but that didn’t seem to stop them or shield them from some mainstream recognition.

But it is also likely that an aspiring painter will at some point feel the limitations of their technique and seek out more training. Anyone can splash some color on a canvas and say, I feel sad, or I feel mad, or confused. But the moment you want to expand your inner world out to draw parallels and find new depths in your expression, you will want to have more synonyms at your disposal.

So back to our short answer…

Do you need to know how to draw to make an abstract painting: No, but it helps, a lot! 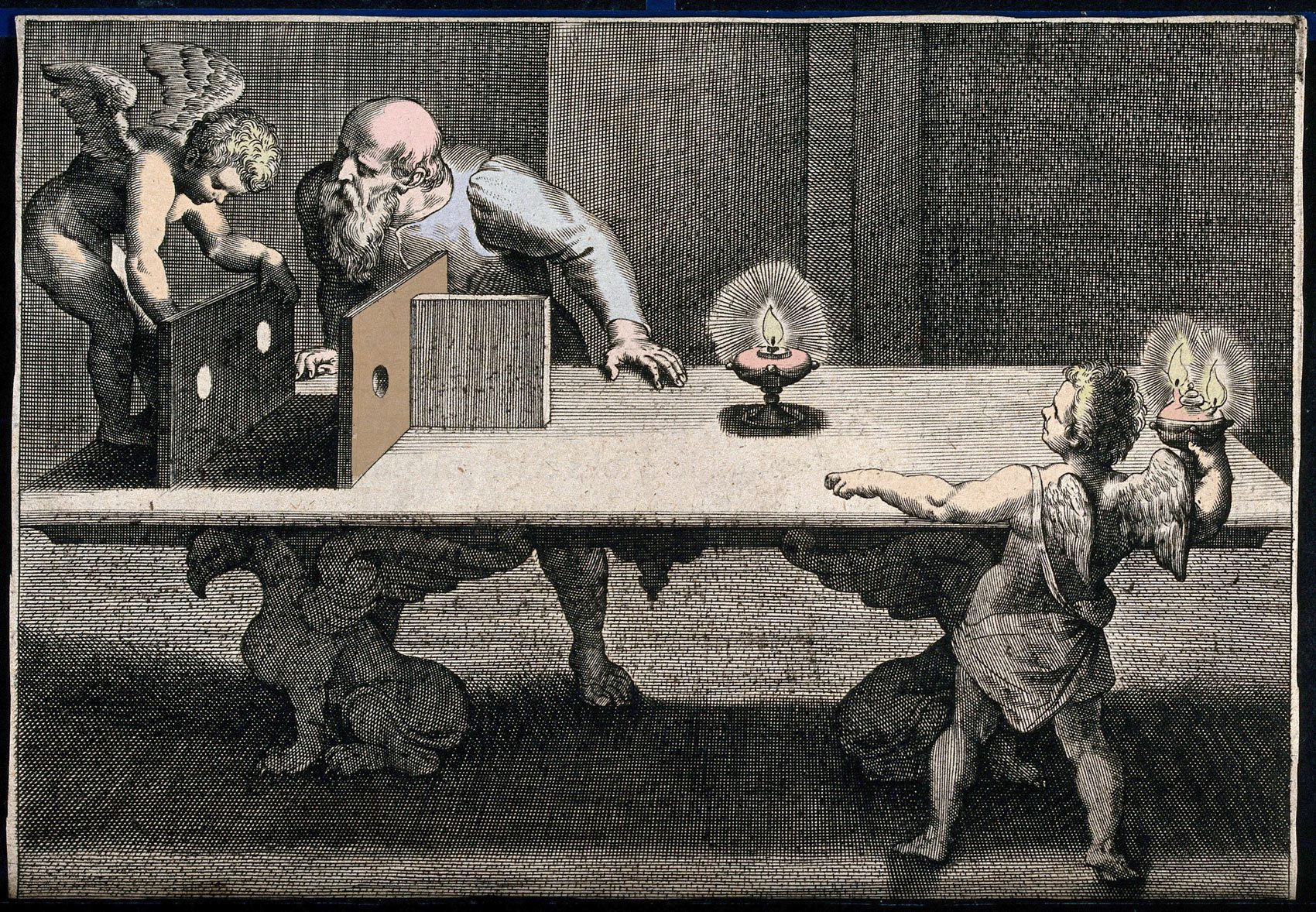 Camera Obscura: Out of Obscurity

What is Camera Obscura? Camera obscura, meaning “dark room” in Latin, refers to the natural optical phenomenon that occurs when an image of a scene 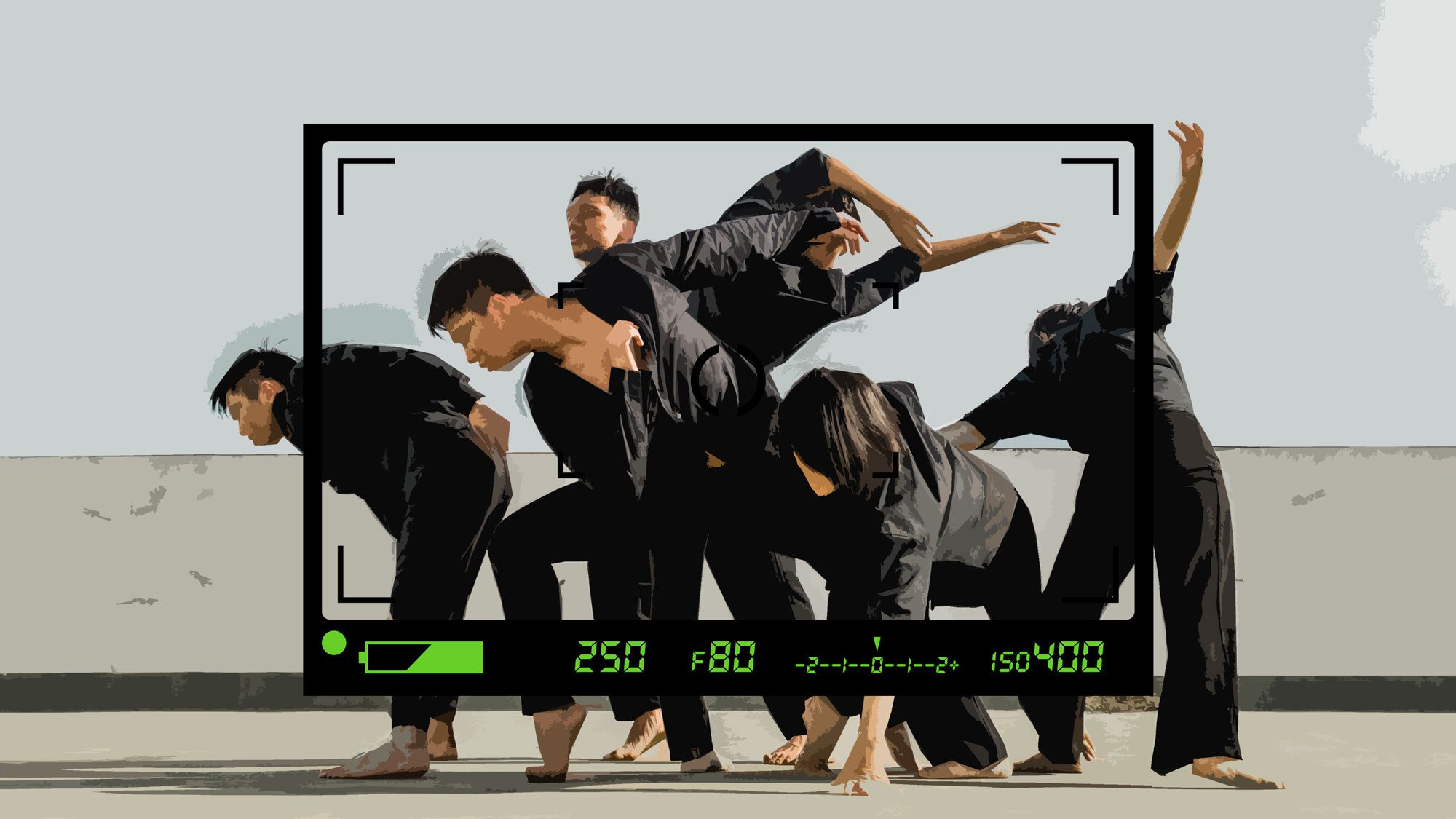 How to put the Art in Fine Art Photography

How Jean-Michel Basquiat Keeps Getting Short-Changed 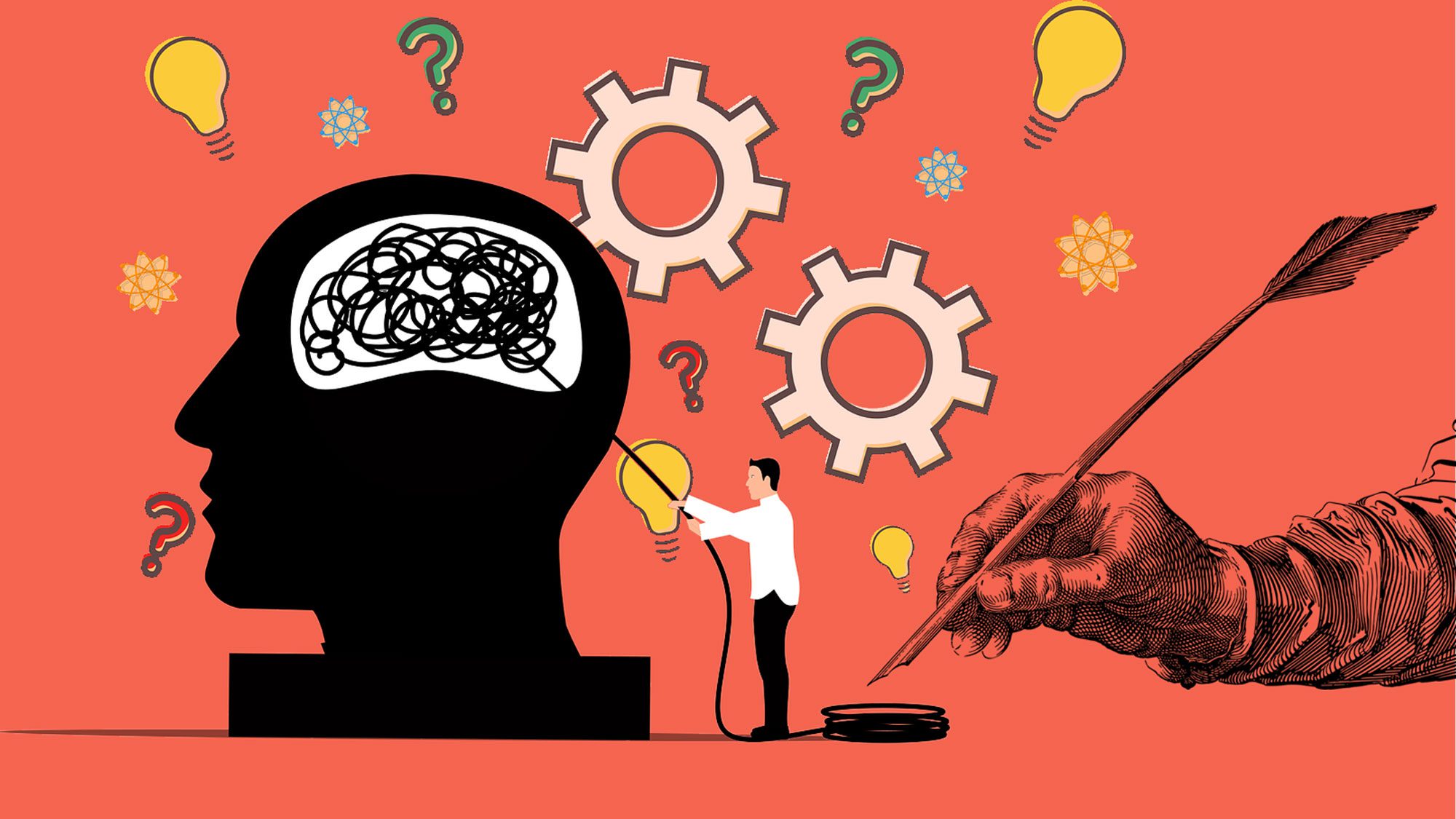 How to Write an Artist Statement and Why it Matters